Are Small UAVs Really a Threat to Airlines

This is from Aviation Week! Very interesting.

The threat of a hobbyist flying a small, light, remotely piloted aircraft into the path of a commercial aircraft may be overblown due to the rigorous certification standards already in place for other unidentified flying objects—birds. Those rules cover the airframes, empennage, windshield, engines and certain sensors for birds weighing as much as 8 lb. while the aircraft is traveling at speeds greater than 300 mph. Joining the birds are a new generation of quadcopters, exemplified by devices like the DJI Phantom Vision 2+, a quadcopter that weighs around 3 lb. and has a top speed of 19 kt., characteristics similar to a large gull except for the lithium polymer battery.

The Aircraft of the Future? 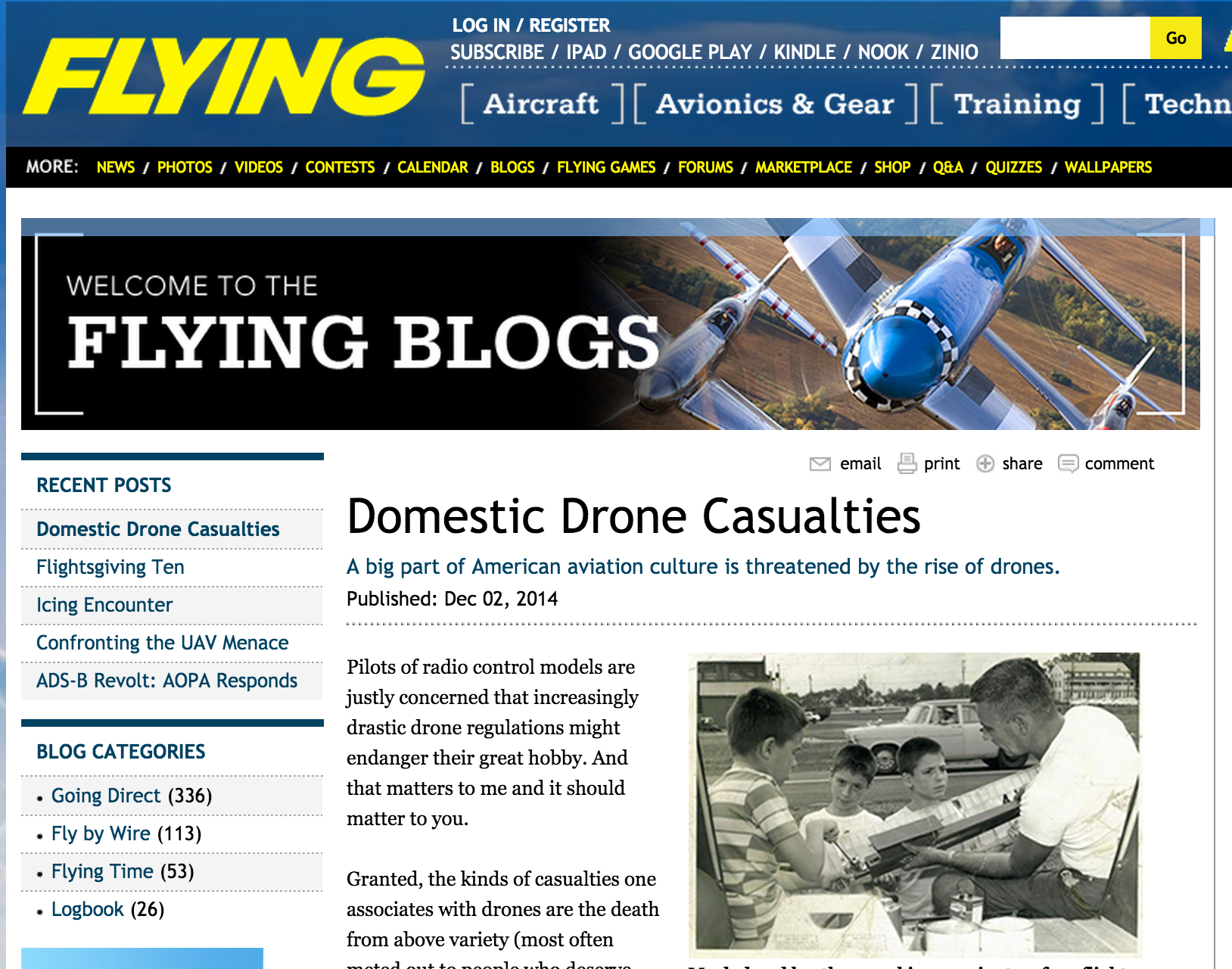