Pedo Sanchez, Lawrenceville, GA, built this fantastic looking and flying World Models 1/3-scale Cessna 182. Even though it is an ARF (Pedro can’t stand a non-scale look) tore it all apart and modified the kit a great deal to make it scale. He removed the covering from the wing and modified the flaps. Later, Pedro recovered the entire model with UltraCote. He also redesign the cockpit’s interior, plus he added working doors. He also installed Meister Scale lights. There were many other modifications he made to the kit to add to its realism.

The 144-inch wingspan Cessna 182 is powered with a DLE 111-cc gas-powered engine that swings 26x10 three-blade propeller. It ready-to-fly weight is 50 pounds. Does it look like the real thing in the air? 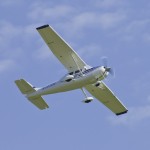 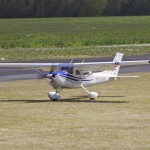 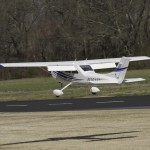 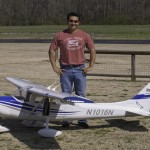